TinyMart is sharing this content, the original was posted on lgbtqnation.com by  Bil Browning Monday, April 18, 2022, So please click here to go there
. 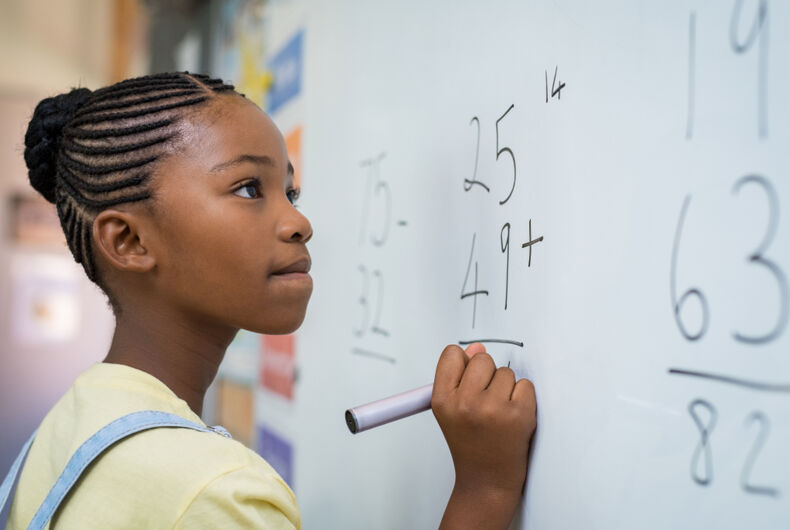 Florida’s Department of Education has announced that it will ban 71% of elementary school math textbooks and 41% of textbooks for all grades. Authorities say the curriculum contains “prohibited content” about “critical race theory.”

Critical race theory is a body of academic work that originated in law schools in the 1970s and 1980s. Conservatives in the 2020s have started calling all discussion of racism “critical race theory,” but it’s not clear how they found it in elementary school math textbooks.

Republicans and the religious right have turned schools into the latest front in the culture wars. From laws that ban transgender children from playing school sports to restrictions on history class instruction on slavery and the Holocaust, conservatives have pushed dangerous claims using racist and homophobic stereotypes and slurs.

Led by Commissioner of Education Richard Corcoran, committee members reviewed 132 textbooks and rejected 41% of the submissions. A former state senator, Corcoran has no experience in education but has been an ardent supporter of DeSantis’ policies.

“We’re going to ensure that Florida has the highest-quality instructional materials aligned to our nationally-recognized standards,” Corcoran said in a press release touting the censorship. “Florida has become a national leader in education under the vision and leadership of Governor DeSantis. When it comes to education, other states continue to follow Florida’s lead as we continue to reinforce parents’ rights by focusing on providing their children with a world-class education without the fear of indoctrination or exposure to dangerous and divisive concepts in our classrooms.”

“It seems that some publishers attempted to slap a coat of paint on an old house built on the foundation of Common Core, and indoctrinating concepts like race essentialism, especially, bizarrely, for elementary school students,” DeSantis added. “I’m grateful that Commissioner Corcoran and his team at the Department have conducted such a thorough vetting of these textbooks to ensure they comply with the law.”

Common Core is a widely adopted curriculum that includes a different way of teaching math that many parents don’t understand. The majority of states use the standards to teach elementary lessons in the basics.

The state says it will reconsider the decisions if publishers remove the offending material.