TinyMart is sharing this content, the original was posted on dw.com by ﻿ Viola Träder, 29.07.2022, So please click here to go there
.

A September referendum could see Cuba become the ninth Latin American country to legalize same-sex marriage, but the vote's outcome is anything but clear. 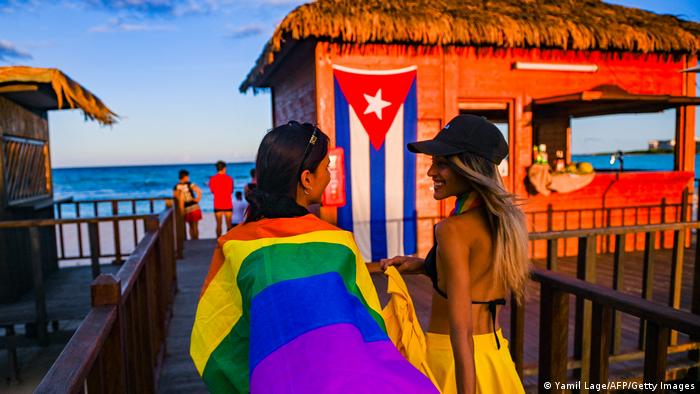 On September 25, Cuba will hold a binding referendum on a new family law to update family legislation that has been in place for 47 years. A "yes" vote would, among other things, legalize same-sex marriage and introduce adoption rights for homosexual couples.

"We are convinced that, in due course, the majority of the Cuban people will approve this revolutionary, inclusive, and democratic family law," said Homero Acosta, the secretary of Cuba's National Assembly, after the decree was approved.

Back in 2019, the National Center for Sex Education (CENESEX), led by Mariela Castro, daughter of then-Cuban leader Raul Castro, sought to enshrine same-sex marriage in the new constitution that was approved that year. However, after opposition from the Church and conservative groups, the issue was not included in the new constitution. The current referendum aims to rectify this.

'The referendum is a big mistake'

Sandra Heidl, a gender studies specialist and psychologist at the University of Havana, believes that in holding the referendum, the state is shirking its responsibilities. Speaking to DW, the LGBTQ+ activist explained that in addition to marriage equality, adoption by same-sex couples, and surrogacy, the new family law also covers many other issues, such as the role of the family in caring for the elderly.

"Certain progressive content is being included in the Families Code for the first time, and somehow the government didn't want to take responsibility for it. I think that's a big mistake, because this is about human rights, and you can't ask people to vote on human rights in a referendum," Heidl said.

She explained that the debate was complicated due to fear and a lack of information. There is also homophobia and transphobia in Cuba, as well as strong opposition from religious and conservative circles.

Opportunity for a protest vote?

Bert Hoffmann, a Cuba expert and head of the Berlin office of the German Institute for Global and Area Studies (GIGA), cannot rule out the possibility that the Cuban referendum may reflect the widespread discontent on the island stemming from the bleak economic situation, mass emigration and the prevailing socio-political system.

"Even though this political sclerosis is a completely separate issue from the Families Code, there will certainly be quite a few Cubans who will want to express their discontent by voting against the referendum," he told DW. 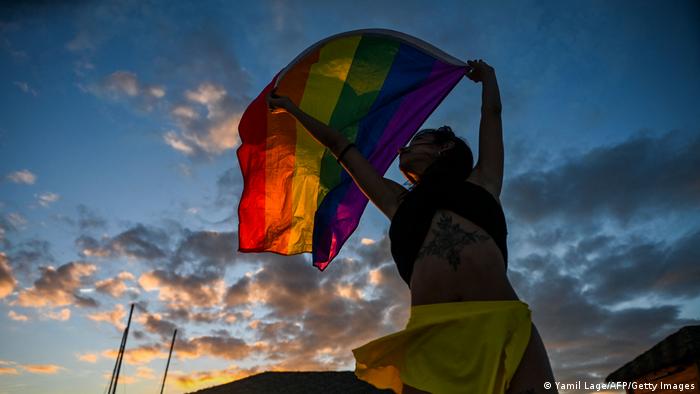 The new family law encompasses changes relating to same-sex marriage and adoption, as well as other issues

As a political scientist, what Hoffmann finds "fascinating" about this vote is that for the first time since 1959, Cuba is experiencing a voting process with an outcome that is not known in advance. He considers the referendum to be about much more than just the family law, as it also raises the question of whether it is possible to hold controversial votes in Cuba.

"In the event of a 'no' vote, the state power will be able to argue that they went about this very democratically, and that's how democracies work. But since the law was passed in parliament with no dissenting votes, it would also be clear that parliament is very far removed from the mood of society as a whole," Hoffmann says.

However, despite such various concerns, Sandra Heidl has no doubt that the referendum in September will result in the new law's approval. In her view, the main challenge after the vote will be keeping up the pressure to ensure that the LGBTQ+-related articles of the Family Code are in fact implemented.