Bullying Mickey Mouse: Rejected by the public, Republicans take their anger out on Disney

TinyMart is sharing this content, the original was posted on salon.com by Amanda Marcotte Published April 19, 2022 1:19PM (EDT) So please click here to go there
. 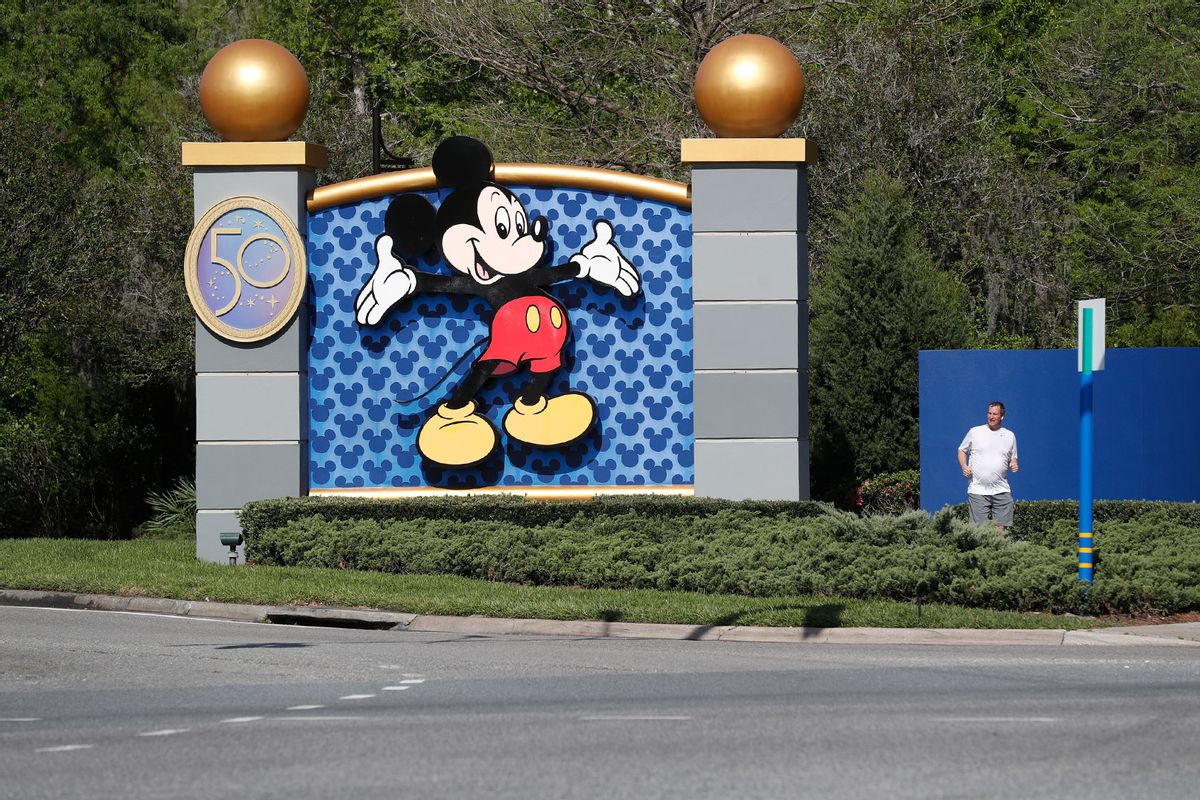 There's no surer sign that Republicans have given up on trying to appeal to moderates and swing voters than declaring war on Disney. Things were already getting dicey when GOP leaders and Fox News pundits went all-in on this strategy of accusing anyone who disagrees with them of being child molesters. Flinging such risible and obviously false accusations at innocent people tends to backfire on the accusers, as demonstrated by the way Justice Ketanji Brown Jackson saw her approval ratings rise after enduring three days of charisma-free Republican politicians falsely implying she had some affection for pedophiles. But you know they've lost the plot when they're running around trying to argue that Disney, which most Americans view as the gold standard in family-friendly entertainment, is covertly converting the nation's children into perverts.

I'm just saying: If your idea of championing "family values" is delaying parents who are trying to get their kids into Disney World, you need some remedial classes on how to win friends and allies.

RELATED: There are no moderate Republicans: Greg Abbott, Glenn Youngkin and GOP self-immolation

As most folks who follow the news know by now, the reason that Republicans are melting down at Disney — and even threatening to take away tax breaks and regulation exemptions from the mammoth corporation — is because of the company's dollar-short condemnation of the "don't say gay" law that Trumpian Gov. Ron DeSantis of Florida signed last month. The bill is part of a larger — and also incredibly unpopular — war on free speech and public schools being waged by a GOP that is reacting to President Joe Biden's election by doubling down on their most fascistic impulses.

They are creating a lot of pointless trouble, but in the process, end up reminding most people of how awful conservatives truly are.

But for all the chest-thumping and threats that DeSantis and his fellow Republicans are making at Disney, this meltdown is actually telling a different story: Republicans believe they are losing the culture war.

The GOP is the party that spent decades extolling the alleged virtues of free markets, criminally low tax rates, deregulation, and other policies meant to give corporations near-total power over American life. The only reason they'd turn their backs on that mission, even slightly, is because they know they're losing the public debate over this "don't say gay" bill and are reacting out of clawing desperation.

The Disney hate is but one example of how Republicans, in their efforts to score points in the culture war, are messing with the business interests that have long been their real source of funding and power.

As Sophia Tesfaye explained last week at Salon, Texas Gov. Greg Abbott also recently made the mistake of offending his corporate benefactors with his ill-advised and pointless blockade of the border, which resulted in major economic losses for companies who depend heavily on goods that are shipped in from Mexico. Abbott's goal here was Trumpian fascist theater, where he deliberately caused traffic snarls in some convoluted effort to make some point about how much he hates Latino immigrants. But all most people saw were trucks full of stuff they want to buy and sell getting stuck in a deliberately induced traffic jam, with much of the perishable goods simply going to waste. Texas Republicans, however, seemed to have learned no lessons from that debacle.

RELATED: Boycotting Disney and Oreos: The red flags that MAGA is a cult

In response to Citigroup announcing that its insurance plan would cover travel expenses for employees who need to travel out of state to get abortions, state Rep. Briscoe Cain threatened the bank with economic retaliation by barring them from doing any business with local governments.

Republicans try to justify these ridiculous political battles by telling a little fairy tale about the "woke" corporation. In this telling, the majority of everyday working Americans shared the cultural values of far-right Christian nationalists. But then these "woke" corporations came along and started shoving "Hollywood" values on unwilling Americans. So exacting economic punishment on companies for supporting LGBTQ and female employees is the only way to bring those companies in line with what Americans supposedly want.

In reality, of course, the opposite is true.

What we're seeing from Republicans is panic in the face of what they perceive, in many ways correctly, as their lack of power to force their hateful, reactionary views on the larger public.

Strong majorities of Americans support LGBTQ rights and legal abortion. Meanwhile, most of these corporations have long offered heavy financial support to Republicans. Most of these companies flat out don't care either way about the human rights issues — they just have their eye trained on the bottom line. After all, these corporations were willing to fund Republican culture warriors so long as those same Republicans backed low taxes and deregulation.

Corporations like Disney and Citigroup now find themselves on the right side of these culture war issues for the same bottom line reasons. The popularity of LGBTQ rights and reproductive health care is evident and companies don't want to offend their customer base. Just as importantly, it hurts their businesses when some of their employees don't have basic rights to safety and health care access. Disney doesn't want to lose LGBTQ employees who need to flee Florida so their kids can go to an accepting school. Citigroup doesn't want to pay for maternity leave for employees who didn't even want to be pregnant. These companies aren't imposing "woke" values on a community. They're responding to the fact that they operate in communities that have "woke" values.

What we're seeing from Republicans is panic in the face of what they perceive, in many ways correctly, as their lack of power to force their hateful, reactionary views on the larger public. It's not like DeSantis is unaware that Disney's pro-LGBTQ stance is reactive, not proactive. But he has a limited ability to force everyday Americans to share his belief that gay people need to be forced back into the closet. His attacks on Disney are coming from a place of weakness, an effort to attack the symptoms, and not the cause of the backlash against his overt abuse of LGBTQ students and teachers.

RELATED: #BoycottDisney: How Disney's new CEO has managed to anger both sides of the culture war

There's a similar whiff of desperation when it comes to the ongoing Republican book banning efforts. Absolutely, it's alarming that Republicans are censoring books in schools and pulling them off library shelves in a bid to keep people from reading about how racism is real and LGBTQ people are normal. But it's also pathetic, as school and library books simply aren't the main source of that information. More people probably learned about the 1921 Tulsa race massacre because of the HBO show "Watchmen" than from a public school history class. Most discussions about systematic racism — which Republicans slur as "critical race theory" — are happening online or at kitchen tables, in response to events like the George Floyd murder and the subsequent protests. The shift in public support towards LGBTQ rights happened because of debates that were happening largely outside of classrooms. Republicans forced abstinence-only programs on public schools for years, and it did nothing to convince the majority of young Americans to avoid premarital sex.

To be certain, Republicans can do a ton of damage with their culture war. We see that in the sheer economic losses from Abbott's border stunt. They will be able to successfully ruin the lives of teachers and students with frivolous "don't say gay" lawsuits. Women will be forced to give birth or end up maiming themselves, due to abortion bans. Libraries are in danger of being shuttered and authors of books demonized as "woke" are facing death threats. All these impacts are very real and alarming.

But what Republicans can't do is the one thing they desperately want: Get the public to agree with their theocratic, backwards views. In that sense, the Disney blockade was the perfect symbol of modern conservatism. They are creating a lot of pointless trouble, but in the process, end up reminding most people of how awful conservatives truly are.