TinyMart is sharing this content, the original was posted on dw.com by 01.07.2022, So please click here to go there
.

A liberal mosque in Berlin has hoisted the rainbow flag ahead of a series of LGBTQ events in the city. One of the mosque's imams hopes other mosques will follow suit. 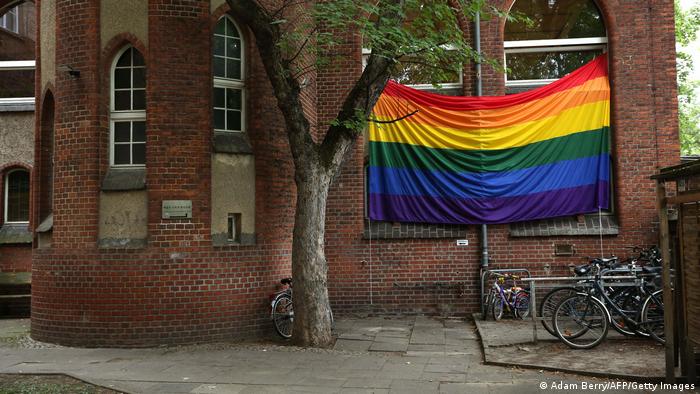 The Ibn Rushd-Goethe mosque in Berlin said on Friday it was the first German mosque to fly the rainbow flag, a symbol of pride and diversity of the lesbian, gay, bisexual, transgender and queer (LGBTQ) community.

Located in the central Moabit neighborhood of the German capital, the mosque unfurled its flag in front of a small group of people, including Berlin's Culture Senator Klaus Lederer.

Attendees wore stickers saying "Love is Halal" ahead of a series of LGBTQevents scheduled to take place in the city in July.

Mo el-Ketab, one of the mosque's six imams, said the space was intended to be a "safe place for people who are different, so they too can experience the spiritual side of their lives."

"I hope that many other mosques will also show the flag in this way or set other positive signs for the LGBT community," he added.

The flag will remain up until the end of July, the LGBTQ website Queer.de reported.

While most of the world celebrates pride month in June, the German capital will hold two major LGBTQ events in July.

One is the Lesbian and Gay Festival on July 16 and 17, while the other is Christopher Street Day (CSD) on July 23.

According to Berlin-based newspaper Der Tagesspiegel, organizers have planned four weeks of events running from the anniversary of the Stonewall protests on June 28 to Christopher Street Day. 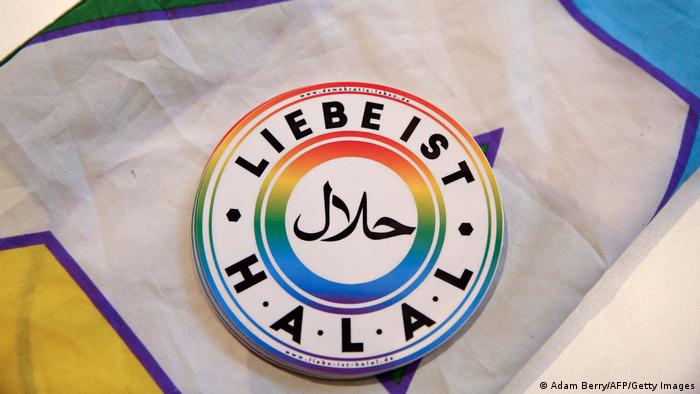 Many people at the mosque wore stickers reading "Love is halal"

CSD board member Marc-Eric Lehmann said the rainbow flag at the Ibn Rushd-Goethe mosque sent "an incredibly strong sign" and it was "really important" to find a place for religion in LGBTQ communities.

The Berlin mosque is Germany's only self-described liberal mosque where men and women are invited to pray together. It was first founded just five years ago.