TinyMart is sharing this content, the original was posted on lgbtqnation.com by ﻿ Molly Sprayregen Monday, September 5, 2022 So please click here to go there
.

She's being represented by the legal arm of the religious right movement. 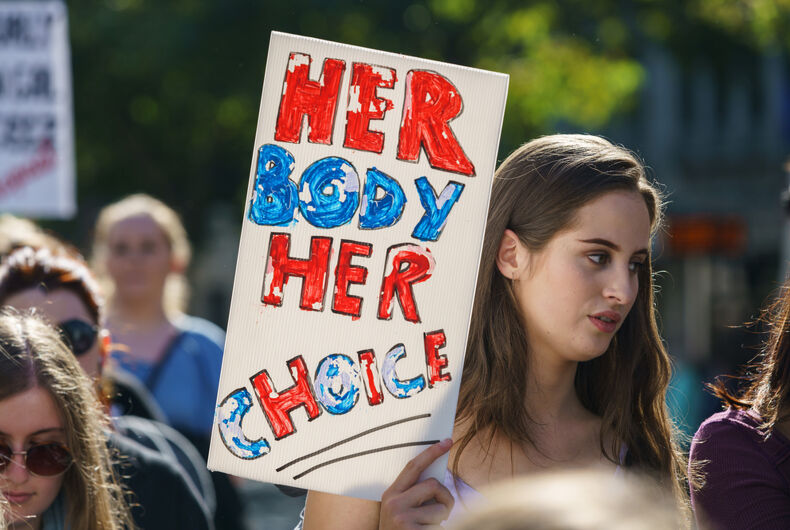 An anti-LGBTQ hate group is suing CVS Health on behalf of a nurse practitioner who says she was fired from a Virginia MinuteClinic for refusing to provide customers with contraceptives and abortion-inducing drugs.

Paige Casey is represented by the Alliance Defending Freedom (ADF), a Southern Poverty Law Center-designated hate group. The group argues that Casey had a legal right to refuse to dispense the drugs due to her her religious beliefs.

The lawsuit states that CVS initially granted Casey permission to avoid dispensing certain drugs because of her Catholic beliefs. For almost three years, she was exempt. But the company changed its policy last August and said employees could no longer refuse to prescribe birth control or abortion drugs.

Casey, however, refused to change her behavior and was fired on April 1.

“We are entering some dangerous territory if corporations can fire someone for exercising their religious beliefs,” ADF senior counsel Denise Harle told the Washington Post. “Tolerance goes two ways.”

The lawsuit contends that CVS violated Virginia’s “Conscience Clause,” which states that hospitals, medical facilities, and physicians are not required to “admit any patient under the provisions hereof for the purpose of performing an abortion” and that “any person who shall state in writing an objection to any abortion or all abortions on personal, ethical, moral or religious grounds shall not be required to participate in procedures which will result in such abortion.”

“Corporations like CVS cannot defy the law by firing professionals who want to work consistently with their faith,” Harle said in a statement.

“Paige had a spotless record of caring for patients, yet CVS decided to abruptly fire her, solely because of her religious belief that life begins at conception. Virginia law protects the freedom of everyone to work without fear of being fired for their religious beliefs prohibiting participation in abortion.”

Mike DeAngelis, a spokesperson for CVS, emphasized in a statement that while the company continues to consider exemptions for religious beliefs, it is no longer possible to avoid dispensing drugs related to safe sex and preventing pregnancy.

DeAngelis said CVS cannot “grant an accommodation that exempts an employee from performing the essential functions of their job” and that “we cannot grant exemptions from these essential MinuteClinic functions.”