TinyMart is sharing this content, the original was posted on lgbtqnation.com by ﻿ Lana Leonard Monday, January 16, 2023, So please click here to go there
.

“I was the first trans person I ever met,” Leigh Finke said. 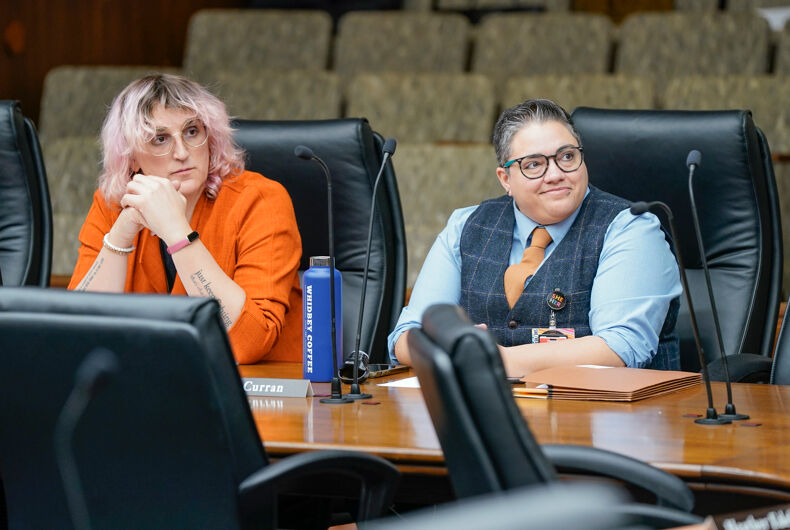 Minnesota state Rep. Leigh Finke was sworn into office on January 3, representing the Democrat-Farmer-Labor (DFL) Party. She joins 11 LGBTQ+ state legislators who won their elections in the midterms.

Finke won against challenger Dave Thomas with a 25% margin. She then won the November general election with a whopping 81% of the vote against opponent Trace Johnson. She is the first out trans lawmaker elected to the Land of 10,000 Lakes, and she’s ready to fight back.

Last year more than 300 anti-LGBTQ+ bills passed through state legislatures, and while only a handful made it into law, they have detrimental effects.

Already, a minimum of 58 anti-LGBTQ+ bills have been introduced into the US legislature, with about half in Texas alone, according to Alejandra Caraballo, a civil rights attorney and clinical instructor at Harvard Law Cyberlaw Clinic. In particular, a slew of anti-trans gender-affirming healthcare bans have been introduced in 11 states, according to PBS News Hour. This life-saving healthcare is already a felony in Alabama, Tennessee, and soon, Arizona (a ban goes into effect in March), while Texas and Oklahoma have attempted to restrict gender-affirming healthcare, according to the Movement Advancement Project (MAP).

Nevertheless, Finke remains confident. For the first time in a decade, Minnesota’s government is a trifecta for progress, says Finke. The state’s Democratic Party has a stronghold in the governor’s office, the state Senate and state House of Representatives. For Finke, this means moving LGBTQ+ protections forward with less than a pause.

“There’s excitement around the ability to get things done,” Finke told LGBTQ Nation.

“It is because we have the trifecta that we can push forward,” said Finke. “We can say: ‘This is a priority for our community and we want it to be heard with an expectation that it will follow through’… at least on the House side; I can’t speak for the Senate.”

For the LGBTQ Victory Fund candidate, running for public office sets a national precedent for securing a safe anti-racist future for LGBTQ+, Black, and Indigenous people in Minnesota. Finke’s action plan to ensure this future is congruent with teamwork and her life spent in the state.

“I was the first trans person I ever met,” she said.

“I think the success of the trans and LGBTQ movement over the last couple of years has very directly been linked to the rise of the Black Lives Matter movement and its power in Minnesota,” Finke said. “It’s about being able to recognize what we can do as a queer caucus, but also understanding that the queer caucus needs to be willing to be led by those who are representing those other movements as well.”

Along with Finke, the Minnesota legislature welcomed the first Black women state senators in its 164 years of statehood: Erin Maye Quade, Zaynab Mohamed, and Clare Oumou Verbeten, according to Sahan Journal. Additionally, the three legislators are joined by Indigenous rights activists; state Rep. Alicia Kozlowski of the Objwe tribe is the state’s first two-spirit, nonbinary lawmaker.

“We are mutually dependent on each other because our communities, at the end of the day, are one community,” said Finke.