TinyMart is sharing this content, the original was posted on lgbtqnation.com by Daniel Villarreal Monday, May 30, 2022 So please click here to go there
.

"Homosexuality will not be accepted," one attacker yelled as another screamed, "Let us kill him before the police arrive!" 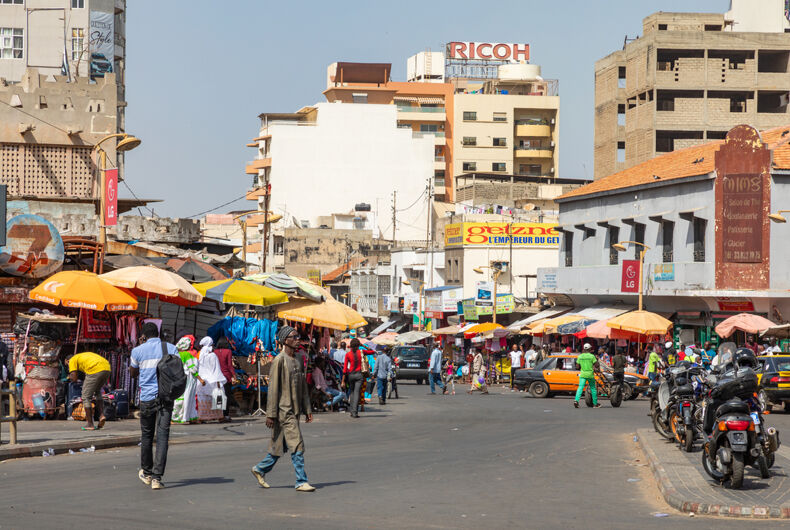 Three men have been arrested in the West African country of Senegal after video emerged of a suspected homophobic attack that left its American victim bloodied, robbed and paraded nearly naked through the streets.

Video of the assault, which occurred on May 17 in the capital city of Dakar, shows a crowd of nearly 100 people surrounding a man wearing only boxers and bleeding from his head. The crowd walks the man barefoot through the streets, hitting his back and head while two others keep a firm grasp on his wrists, preventing his escape.

People in the video can be heard calling the man a “dirty homosexual.” Others yell, “Homosexuality will not be accepted in Senegal,” “Let us kill him before the police arrive,” and, “He does not deserve to live.”

The victim was reportedly an American musician who came to Dakar to attend the Biennale, a contemporary art event, according to the Senegalese news site Seneweb. The U.S. embassy in the country hasn’t confirmed the suspected victim’s nationality.

The news site said that the attackers targeted the man, considering him gay because of his stylish clothing. The crowd then stripped him bare and stole his cell phone and other belongings before marching him to the local police station. He arrived covered in blood with injuries to his head and feet.

By May 23, police had investigated and announced the arrest of three individuals connected to the attack.

The predominantly Muslim country and former French colony punishes homosexuality with up to five years in prison. The country offers no LGBTQ civil rights protections. Its government and media are actively hostile to queerness, the U.S. State Department, the United Nations Human Rights Committee, Human Rights Watch, and Amnesty International have all found.

The local LGBTQ community is believed to have moved underground in response to the hostility. Police arrest any LGBTQ people who report themselves as the victims of hate crimes. Vigilante mobs also raid the homes of suspected queers. The suspects are then sent to police and held in jail without trial until their families pay for their release.

Anti-LGBTQ sentiment in the country has recently risen amid support for Idrissa Gueye, a Senegalese soccer player who chose to skip a recent French league match where players wore rainbow-colored uniforms to observe International Day Against Homophobia, Biphobia, and Transphobia.

One male protester proudly boasted to the VOA that he was ready to kill any homosexual he found.

“We want them to be imprisoned, even if it’s forever,” one woman told the media outlet. “Senegal is a homophobic country and we’re proud to say it.”