An anti-LGBTQ group threatened to sue writers for defamation. The ACLU is standing up for them.

TinyMart is sharing this content, the original was posted on lgbtqnation.com by ﻿ Molly Sprayregen Sunday, October 9, 2022, So please click here to go there
. 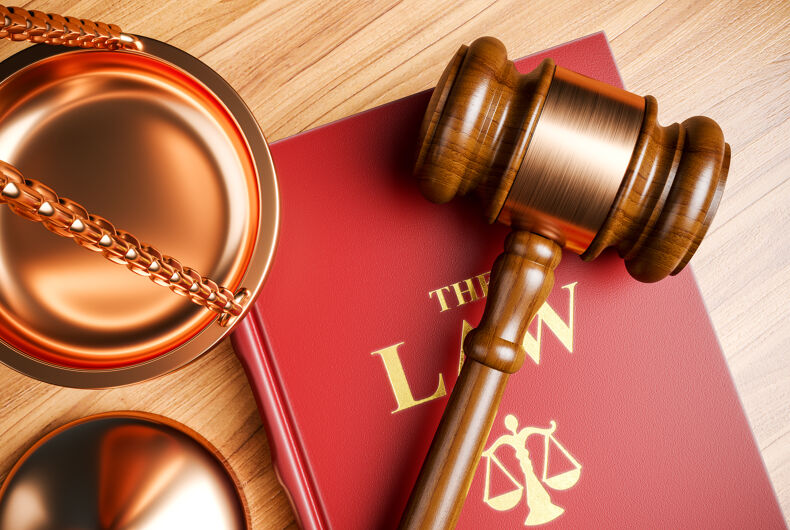 The ACLU of Illinois is speaking out in support of two Illinois residents after an anti-LGBTQ extremist organization threatened to sue them for defamation.

Both Maggie Romanovich and Kylie Spahn wrote online about their opposition to the anti-LGBTQ organization Awake Illinois. In response, the group sent each of them a “cease and desist” letter threatening a defamation lawsuit if they did not delete their posts and refrain from any more public criticism of the organization.

The ACLU then wrote letters back to Awake Illinois on behalf of Romanovich and Spahn reminding the organization of their “constitutionally protected speech.”

“Awake Illinois and its leaders frequently accuse their opponents of nefarious motives or deeds and use hostile epithets—such as ‘groomers,’ ‘hateful,’ ‘perverts,’ and ‘criminal lying bastards,’— to characterize those who disagree with them,” wrote senior staff attorney Rebecca K. Glenberg. “Yet when others express their frank opinions about Awake Illinois, it responds with demands for silence. The contrast is striking.”

The letter on behalf of Romanovich discussed a letter to the editor she published in the Daily Herald that Awake Illinois wanted gone.

“The letter to the editor, which urges residents not tog vote for [Republican congressional candidate] Keith Pekau because of his ‘alarming’ association with your organization, is core political speech on a matter of public concern, receiving the highest constitutional protection.”

“An ample public record supports all factual statements in Ms. Romanovich’s letter to the editor, and those statements are therefore not actionable. The bulk of the letter merely expresses the writer’s opinion about Mr. Pekau and Awake Illinois. Neither the First Amendment nor the common law of Illinois allows Awake Illinois to recover damages or other relief against Ms. Romanovich for expressing her opinion that Awake Illinois is appalling, extremist, homophobic, racially insensitive, and otherwise objectionable.”

The letter on behalf of Spahn expressed similar sentiment.

“Your boilerplate letter to our client includes two attachments, both of which constitute political speech on matters of public concern receiving the highest level of First Amendment protection,” the letter declared.

The group sent a similar letter to Rep. Sean Casten (D-IL) after he spoke out against them. Casten said he refused to let it intimidate him.