A new PAC has launched to campaign against anti-LGBTQ candidates

TinyMart is sharing this content, the original was posted on lgbtqnation.com by ﻿ Molly Sprayregen, Tuesday, September 6, 2022, So please click here to go there
.

The group was formed in the wake of Supreme Court Justice Clarence Thomas's assertion that marriage equality should also be overturned. 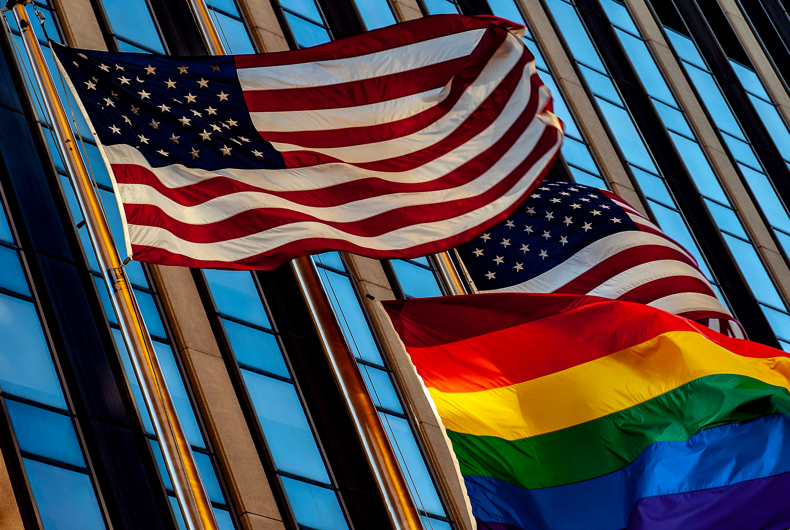 As Republicans continue to threaten LGBTQ rights, a group of politicians and strategists have launched a new super PAC focused on keeping right-wing candidates out of office.

Rather than electing pro-LGBTQ candidates, Agenda PAC is devoted to campaigning against politicians who threaten the LGBTQ community. The group was founded by political communications strategist Ted Bordelon, who also serves as executive director.

Prominent Pennsylvania LGBTQ politician, state House Rep. Malcolm Kenyatta (D), is board chair. Kenyatta has long been considered a rising star in the Democratic party and in 2018 became the first LGBTQ person of color to be elected to the Pennsylvania General Assembly at the age of 28.

Kenyatta told Politico that the group was formed in the wake of the Supreme Court’s decision to overturn Roe v. Wade and Justice Clarence Thomas’s assertion in a concurring opinion that marriage equality should also be overturned.

Kenyatta said Thomas’s opinion “put a target squarely on the back of the LGBTQ community.”

The first politician the group will go after is Doug Mastriano, an anti-LGBTQ Christian Nationalist Republican who is running for governor in Pennsylvania. Mastriano recently said it’s “disgusting” that the state’s current Governor Tom Wolf (D) issued an executive order against so-called conversion therapy, a widely discredited form of psychological torture that purports to change people’s sexual orientations and gender identities. Mastriano, who actually breached the barricades at the Capitol during the January 6 insurrection, has also supported several pieces of anti-LGBTQ legislation as a state senator.

In the meantime, he said the group plans to spend seven figures campaigning against anti-LGBTQ politicians in the 2022 midterm elections.

“People’s rights are on the table,” said 2020 Biden campaign pollster and Agenda PAC member Celinda Lake. “The Trump Republicans are using transgender and LGBTQ issues so aggressively and harmfully in the elections, and I think they should be called out on it.”