TinyMart is sharing this content, the original was posted lgbtqnation.com by  Alex Bollinger Thursday, June 2, 2022, So please click here to go there
.

A shocking survey found that most Republicans believe that children could be "indoctrinated" into being transgender.

A new poll from the Southern Poverty Law Center (SPLC) found that 63% of Republicans believe that transgender people are trying to “indoctrinate children into their lifestyle,” an extreme statement that has been fueling anti-transgender legislation.

The question was part of a larger SPLC poll about the rise of extremism in the U.S. Many of the questions were related to “replacement theory,” the idea that changing demographics are a deliberate plot to replace conservative white voters with more liberal voters of color in an attack on American culture.

But the survey also asked about attitudes towards transgender people because of the plethora of legislation states have been considering the past couple of years targeting transgender youth. While 52% of Americans – a slight majority – agreed that anti-transgender discrimination should be addressed, many of the respondents agreed with far more extreme statements.

30% of Americans overall believe that transgender people are a threat to children, one of the most common arguments that has been used to attack LGBTQ equality for decades.

The SPLC then asked about a more specific belief, that “transgender people are trying to indoctrinate children into their lifestyle.” That belief has been part of what’s behind the recent epidemic of accusations that LGBTQ people are “groomers” and pedophiles who have the power to turn kids gay or trans, and 63% of Republicans agreed.

The results were broken down by age (over and under 50-years-old), party affiliation, and gender. Young Republican women were the most likely to agree that transgender people are trying to indoctrinate children at 66%, but all the other Republican groups were not far behind, all coming in at 60% or above.

Democrats were far less likely to believe that trans people are trying to turn their kids trans, but younger Democrats of both genders were more likely to agree with the extreme statement than older Democrats.

The survey asked whether “gender ideology has corrupted American culture.” Majorities of Republicans in all age and gender groups agreed, while younger Democrats were more likely to agree than older Democrats were.

“Gender ideology” is a term used by the right to imply that the existence of transgender people is a political statement that can be debated. 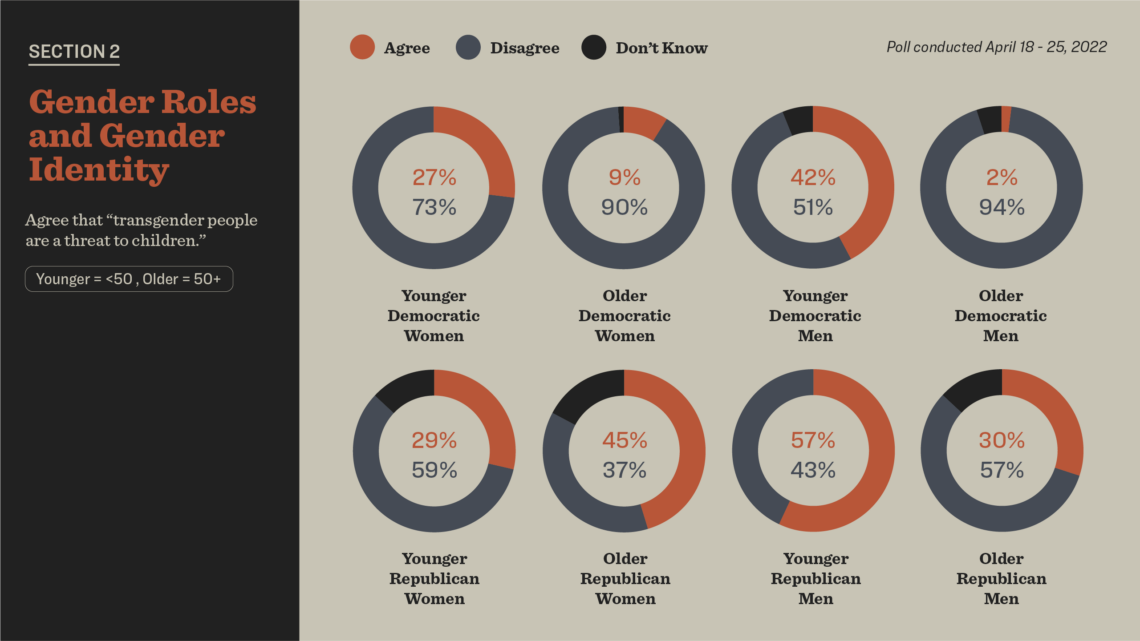 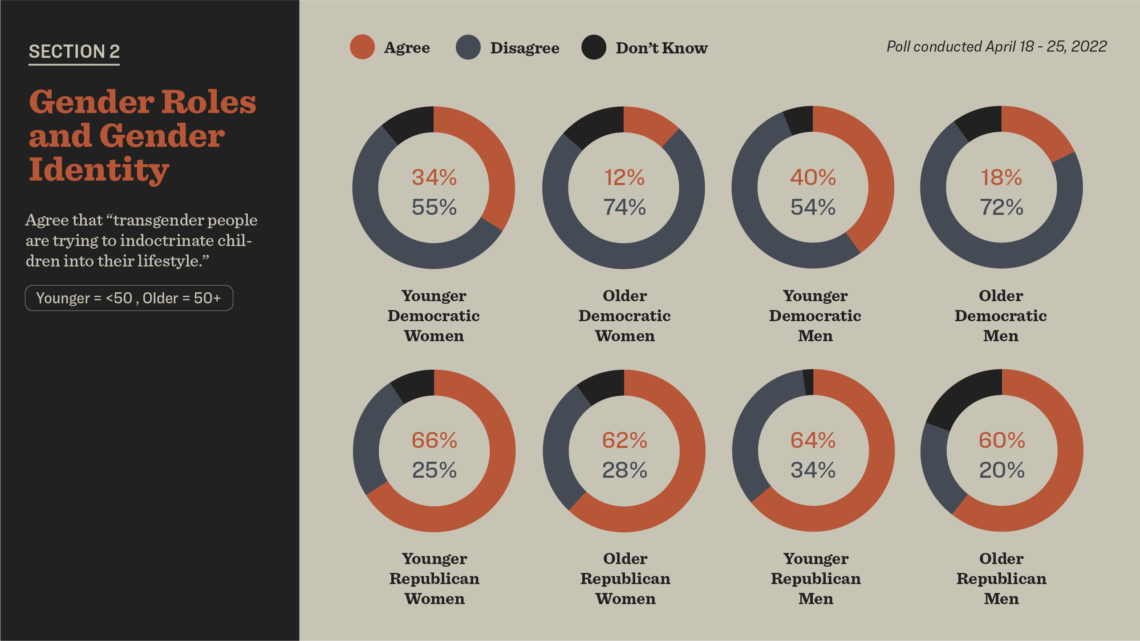 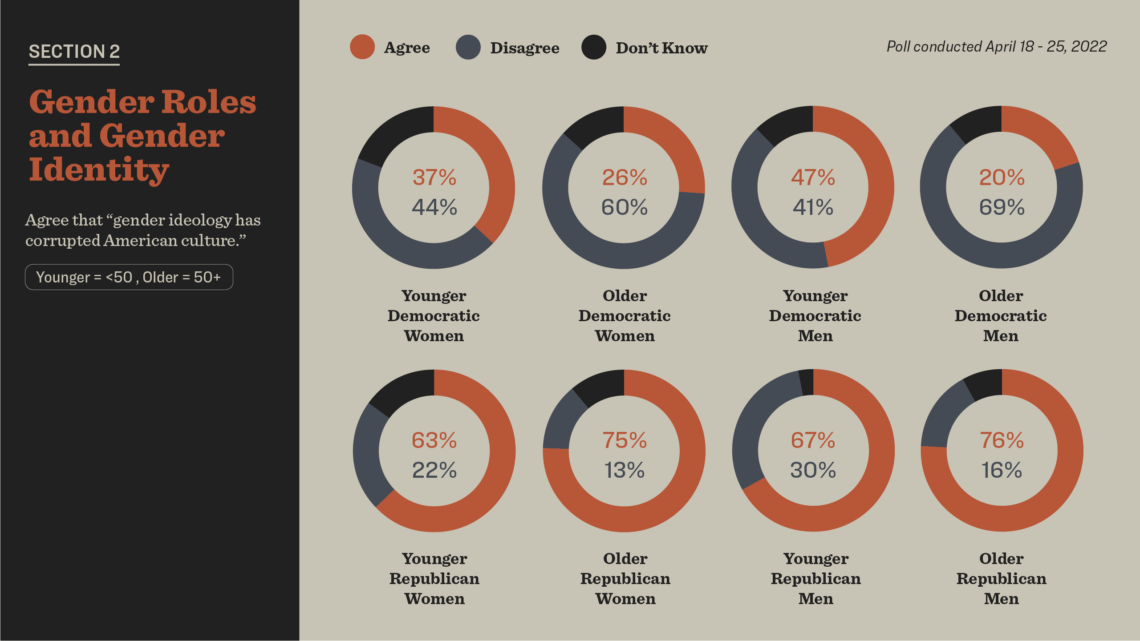 The poll was conducted from April 18 to April 22 by Tulchin Research and included 1500 adult participants.